For small teams or small projects, it might not be easy to have full self hosted CI/CD pipelines for building apks. Sharing apks within the team for testing purposes might also be difficult. With a simple Slack app and CircleCI integration in the project, we can have automated apk building and anyone can trigger the build from Slack for a branch and build variant. 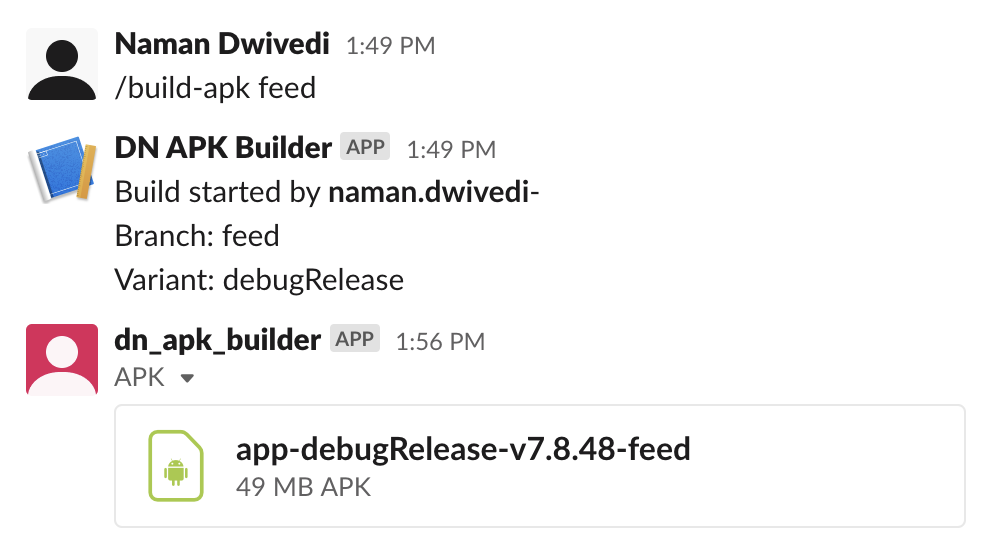 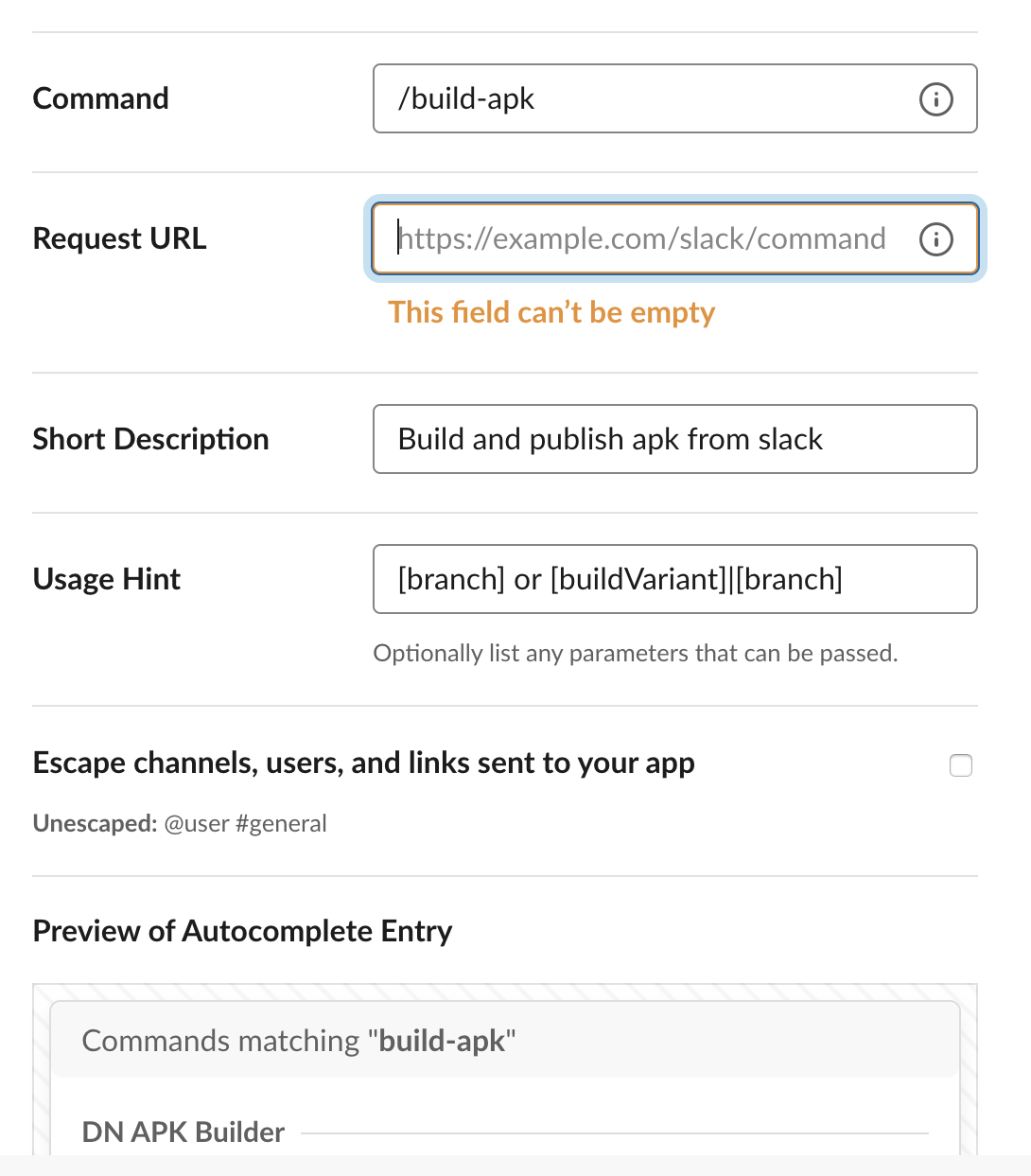 Slack will send a HTTP POST request to the Request URL mentioned when creating the Slash command. We can enter the url for the firebase cloud function here.

If your project uses Firebase, you can create the cloud function in your Android project repo itself. Run firebase login and firebase init functions in your project directory.

Note that there are some issues in firebase cloud function working with unescaped characters due to which we are avoiding using space in the slash command. We can use pipe | as the separator for build variant and branch name as branch names can often have / or -.

One thing to note here is that Slack expects a response within 300ms after executing slash command or else it will show operation_tiemout error. Initialising the function might take more than 300ms and then waiting for Circle CI api trigger response will certaintly cross 300ms time limit. To work around this, we write the response instantly using response.write() and then trigger the Circle CI API in response of which we finally end the response. Note that if you instantly end the response with res.end() the cloud function will terminate soon after so we can’t do response.send() or response.end() before the circle ci api trigger is complete.

Circle CI config for building APKs and uploading to Slack

Circle CI config will be your existing config with an extra step for uploading generated artifact to Slack. We can run following CURL to upload file to Slack -

The Slack token can be found in the OAuth & Permissions section of your app homepage. Note that you will have to give the bot the files:write and commands permissions.

If your gradle configuration updates the output apk name according to current branch and version like app-debug-v7.8.50-master.apk, then you will need to slightly change the final step to find the newly built apk.

That’s it! Now you can get the APKs by just running the /build-apk command from Slack.